The top 10 reasons marijuana should be legalized as according to Cannabis.net!

10. Alcohol Sales Drop 50% Over The First 3 Years Of Legal Cannabis

Alcohol and liquor sales go down by 50%. This is one reason big alcohol is fighting the legalization of marijuana. In states where cannabis is legal, even just on the medical side, alcohol sales have dropped. The studies show that when people smoke cannabis they drink much less alcohol, as a joint and a beer does a great job at relaxing among friends, as opposed to a six pack.

9. Pharmaceutical Drug Use Drops By 25% Over The First 3 Years Of Legal Cannabis

Pharmaceutical sales and prescription drug use drops, let’s say to be realistic to start, 25%. Sleep aid drugs like Ambien? Sales drop as CBD strains and products serve as an all-natural replacement. Adderall sales slow as more kids with ADHD and similar issues get treated with cannabis pills. The myriad of drugs given for PTSD diagnosis get cut in half with legal cannabis. Cannabis is shown to have positive health effects in scores of areas. Break throughs are happening around the world in Alzheimer’s treatments, autism treatments, cancer and cancer tumor research, the list goes on and on. What about simple pain relief drugs like Tylenol, Ibuprofen, and aspirin? Cannabis has shown to be a wonder treatment for headaches, nausea, arthritis, body pain, and many symptoms that those “over the counter” drugs treat.

Better marriage and better relationships start to form around cannabis. Cannabis promotes peace, oneness, and relaxation. Cannabis elevates the level of tolerance and lowers the level of anger and aggression. Ask any police office in the world If they would rather come up to a group of drunk kids in a park or a group of stoners in the park. One is about being chill and relaxed, the other is about aggression and recklessness. In a stressful marriage or relationship, which do you think is better after a work, a puff on a pipe or a couple stiff drinks. Which will lead to more domestic violence, a stoned couple or a couple that has been drinking? Cannabis increases patience in a person, when patience is sometimes all that is needed at the end of the day.

Lower health insurance costs – This will be a big problem coming in the next year in the USA as health insurance premiums and deductibles are set to sky rocket. Why? The cost of health care is going through the roof as baby boomers hit the 75-90-year-old stage and “no denial policies” are factored into the insurance pool. If we create a healthier society that reduces alcohol use, lowers stress, and lowers prescription drug use with cannabis, we lower our health care costs. Every study ever done of healthier people over less healthy groups of people, shows lower health care costs for the healthier group. Every company that has started an exercise program and eating healthy campaign has seen their health costs go down. Cannabis is a healing plant that has many healthy vitamins and minerals as well. It does wonders in healing muscles and lowering recovery time in athletes. It can be used as a Kale substitute and has many antioxidents.

6. More Tolerance For People Of Different Mindset and Opinion In the World

More tolerance for people in the world – If there is one thing cannabis does well it is to relax and mellow out a person. Our differences seem less severe when we are using cannabis and our reasons for fighting seem less sound. In the end, we all want a happy and enjoyable life. “Live and let live” is the mantra of many stoner communities, as stoners don’t try to turn other people into stoners, just that they promote the “live and be happy and let other live and be happy, maybe they smoke, maybe they don’t, but it is not required.” Cannabis has been used at many peace ceremonies in history dating abck to 2,700 BC. It is a plant that promotes relaxation, non-judgement, and peace. Hence the peace symbol being a predominant symbol of the cannabis movement in the 1970s.

Lower Car Insurance Costs – Wait, what? Yep, you heard that right. We do not endorse driving stoned or high, but some studies have shown that drivers do better when on cannabis than alcohol because of cannabis’s ability to allow you to concentrate and focus. If anything, cannabis drivers slow down and are way to cautious as you can remember back to that Chris Farley and David Spade driving scene in Black Sheep. The fact that alcohol use would drop by 25% to 50% would lower car insurance costs alone.

How many jobs are not filled or not applied to, especially in the computer niche, because of marijuana use and the fear of failing a drug test for marijuana. If the CIA is acknowledging it, you can be sure it is a private sector issue as well. The best talent is sitting on the sidelines because they prefer a lesser or different job that either doesn’t drug test or allows cannabis use.

3. Sick People Get A Natural Medicine

Sick People Get Medicine – I wanted to call this sick people get healed, but let’s keep it realistic. Yes, some people will get to use cannabis for anxiety, or depression, or even cancer, and they will be “healed”. Their symptoms will go away, there will even be cases of tumors shrinking and cancer going into remission. Will cannabis cure everyone of everything, no, but there is no drug or substance on earth that can promise that everyone. In the end, sick people will get an all-natural plant that will make them feel better, relieve their pain, and make their life experience better. Isn’t a better life all we are all hoping for, especially as our bodies get older? Less aches, less pain, lower stress, healthier solutions than just starting on pharma pills at the age of 40 for high blood pressure, cholesterol, sleep aids, anxiety meds, and then just keeping the pills going until we die? There must be a better way, right? You don’t have to be pro-cannabis or “pro big pharma science” to just agree, “there must be a better way than pills, forever, right?”

2. Incarceration For Non-Violent Offenders, and Prison Costs In General

Incarceration for non-violent offenders goes down and prison costs go down – I don’t want to beat a dead horse hear but the cost of housing millions of people for minor drug offenses in state and federal prisons is just not worth it. Some offenders have ridiculous, way out of proportion sentences for their marijuana offenses, not to mention the disparity of non-Caucasian arrests for drug offenses compared to Caucasian.

1. The Billions Wasted On The “War On Drugs” Can Be Put To Better Use, Finally

The billions of dollars wasted on the “War on Drugs” gets put to better use. Our federal and state law enforcement agencies can re-deploy to much needed areas like illegal heroin, fentanyl, synthetic marijuana, and opiates coming in the country. Billions of dollars have been wasted in the last decade chasing marijuana around the world and trying to eradicate, to no effect. Tax payer money and federal drug agencies can set their sights on actual drugs that are killing people with one dosage and on a first time trial basis.

Read the original article on https://cannabis.net/blog/opinion/the-top-10-reasons-why-marijuana-should-be-legalized 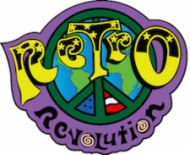 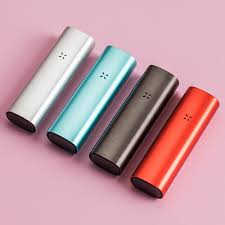 PAX is a true "convection" style heating element that fits in your pocket!